The Ven. Sayadaw U Pannathami has conducted meditation retreats and has been guiding meditators since 1985.

Sayadaw Thuzana is the new Abbot of Tathagata Meditation Center (TMC). Before coming to TMC in May 2011, he was the chief meditation master at Malaysian Buddhist Meditation Center (MBMC) in Penang, Malaysia from 2003-2010. From 2000-2003, he was an assistant to Sayadawgyi Panditābhivamsa at Hse-mine-gone Meditation Center in Bago, Myanmar. In this capacity, he taught Vipassana meditation to many local and foreign yogis. 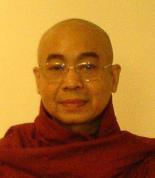 Head of the Birmingham Buddhist Vihara, Dr U Ottara Nyana was born in Myanmar in 1949. He has studied Theravada Buddhism since childhood under several eminent scholar monks. He passed the higher examination in scriptural studies and was awarded several prestigious titles. In 1992, he went to India for further study in Delhi University. He stayed at Mahasi Meditation Centre in Yangon for three years (1984 / 1986) as meditator and meditation instructor. Myanmar government conferred on him the Religious tittles Mahaganthavacaka Pandita (1992) and Aggamahaganthavacaka Pandita (2002) for his academic activities. He now teaches Majjimanikaya, Pali Grammar, Abhidhamma and Vipassana meditation in Birmingham Buddhist Vihara.

The Venerable Sayadaw Nanda Siddhi was born on July 16 1960 at Moulmein, a town in lower Myanmar. From 1978 to 1981, He continued his education at Yangon Arts and Science University, graduating with a BSc degree in Physics. In 1985, after two years study, gained a R.L. Degree as a registered lawyer, High Court Pleader. In 1988, Maung Tin Hlaing decided that worldly life was not for him, and was ordained on the auspicious day of May 30. In 1992, U Nanda Siddhi passed the Dhammacariya Degree, or Master of Buddhist Studies. In 1999, U Nanda Siddhi was assigned by U Panditabhivamsa to take on the responsibilities of teaching Buddhist Dhamma and insight meditation at Santisukha- rama Meditation Centre in Malaysia. In 2001, Sayadaw was given the Sasanadhaja Dhammacariya (Master of Buddhist Studies) Degree. In 2005 Sayadaw established the Nirodharama Meditation Centre in Perak Malaysia. In 2013 Sayadaw established a new Nirodharama Meditation Centre in Yangon Myanmar. Sayadaw presently continues to reside at Nirodharama Meditation Centre in Malaysia leading insight meditation retreats, propagating the Buddha Sasana amongst Asian countries. 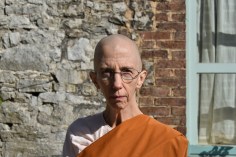 Sayalay Daw Vajirañani is American. She was born in Chicago in november 1954. She graduated from a college in Massachusetts, and then worked in computers and as an accountant. She starts meditation in 1980 at the “Insight Meditation Society“ in Barre and joins the staff members after a few years. In 1991, she is ordained by Sayadaw U Pandita at IMS, as he was leading a retreat there. She resides now at the Panditarama meditation centre, where she teaches both the theory and the practice of meditation. Among others, she has also been interpreter for Sayadaw U Pandita. 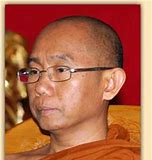